Back To School Hairstyles For Your Little … 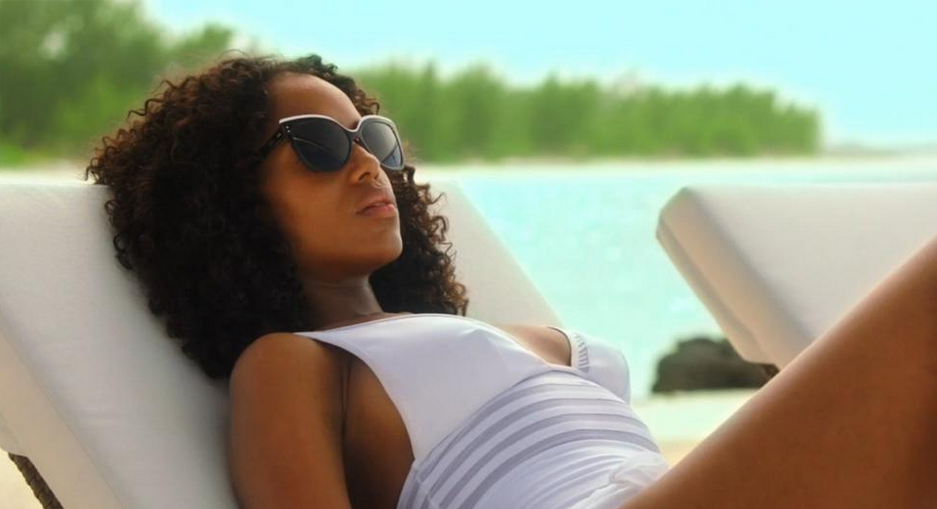 Scandal is back and we are psyched! As we giggled and danced around excited all day Thursday we could not wait to see about the lovely Kerry Washington reprising her popular role as Olivia Pope.  She’s the invincible, love-sick Gladiator that the fanatics (yes, me included) have girl-crushes on.


Yes, we were ALL giddy when it started and as the camera zeroed in on her at the beach in her white one-piece the Naturals around the world screamed in unison.  She was curled up boo! Finally, we got to see her au naturale in the first scene as a new woman with a new name and curly hair.

I LOVED it and was in love with the fullness and how well it looked on her. She looked happy and that’s not something we see from Olivia too often.  As quickly as we were seeing her in a new light she was back to DC to bury her friend and become the old Olivia Pope…straighter hair and all.


I love her character either way but apparently some had to take a dig at her return to DC and to straight hair. From the Twitter account of People Magazine:


Olivia’s back to straight hair so you KNOW she means business. #Scandal”


Funny? Cute? Not even a little bit and several people hit them back on their stupidity.

So, curly hair does not mean business?  A woman cannot be taken seriously because of a hairstyle…or does it symbolize a lack of her ability to do her job?  OK, this post is not about the stupidity of some but rather just how wonderful it was to see Olivia Pope looking lovely as ever with curls.


People Magazine insulted Viola Davis on the same night so they are doing a bang up job over there with their obvious lack of diversity in their social media department.  Anybody with half a brain would have realized neither of those tweets were appropriate.  You can read about that tweet here: The Root

I am just happy she’s back and with that being said I loved her curls and that beach.  I need to be taken somewhere so I can drink red wine while gazing at the water without a care in the world. My biggest thought of the day?  Lobster or steak, baby.


Until that happens I will be glued to the TV on Thursday night watching two of my favorite shows, Scandal and How to Get Away With Murder because that show looks amazing!!!  Go Kerry and Viola!

END_OF_DOCUMENT_TOKEN_TO_BE_REPLACED

DRY SCALP SEASON IS HERE, HOW TO SURVIVE